No one wants to be arrested for Southern California DUI, and no one wants to be involved in an injury crash with a driver who has been under the influence. But just how much of a problem is, for instance, driving under the influence in Beverly Hills or elsewhere in the state? Has anyone quantified the dangers? And if so, what might the data tell us about how to solve this society-wide problem – or at least build towards a long-term resolution of it? 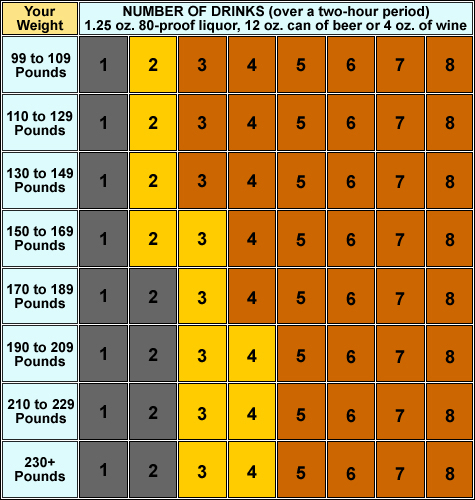 Before we start thinking in grand terms and trying to diagnose a solution for the system, take a gander at the following 12 statistics about driving under the influence in Southern California:

1) Of the car accidents in the United States that result in teen deaths, 60% involve alcohol or drugs.
2) Kids drink. Nearly three out of four teenagers in the United States have drunk alcohol; 10% of kids aged 12 to 13 drink alcohol at least once every month.
3) In the United States, nearly three people die an hour in alcohol related car, truck, and motorcycle accidents.
4) Teenage boys who drive with BAC levels ranging from 0.05% to 0.10% are nearly 20 times more likely to get into a car crash than are teenage boys who drive sober.
5) Teenage girls who drive within that BAC range are more than 50 times more likely than sober teenage girls to get into a motor vehicle accident.
6) According to various surveys, somewhere between 10% and 12% of all drivers on US roads has consumed some alcohol.
7) One survey suggests that someone with a BAC level of 0.15% (nearly twice California’s legal limit) is nearly 400 times more likely to be killed in a crash than a sober driver.
8) In 2008, there were 3,434 fatalities on California’s roads, of which 1,198 were alcohol related. Of these, 1,029 involved drivers who were driving above the legal limit of 0.08%.
9) 2008’s numbers are actually BETTER than numbers in the past. For instance, in 1987, California’s roads saw 5,504 fatalities, of which 2,961 were alcohol related and 2,354 involved drivers who were driving with a BAC of 0.08% or higher. (These stats come from the National Highway Traffic Safety Administration).
10) DUI arrests have dropped nearly 50% since the CA State Legislature enacted a law in 1990 that stipulated that the legal limit for BAC would be 0.08%.
11) But Southern California DUI arrests may be on the increase. In 2006, for instance, 197,248 people were arrested for DUI in the state; in 2007, 203,866 people were arrested for DUI.
12) Anecdotal and statistical evidence suggests that the quality of your DUI defense attorney can make a major difference in terms of your sentencing.

If you or a family member has been charged with driving under the influence in Hollywood or elsewhere in Southern California, the choice of your attorney can be incredibly important in terms of your future and finances.

One reputable and credentialed lawyer who handles Southern California DUI arrests is Attorney Michael Kraut of the Kraut Law Group. What sets Attorney Kraut apart? First of all, he attended Harvard Law School. Second, he has won wide praise from local prosecutors and judges. Third, he worked for many years first as a Deputy District Attorney for Los Angeles – prosecuting the very kinds of cases he now defends. This expanded perspective allows him to make innovative strategic decisions to help his clients in unique ways.