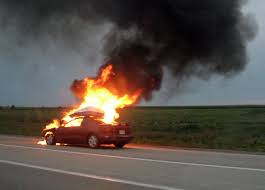 •    Police charged a 55-year-old woman in upstate New York with DWI, aggravated DWI and making an unsafe lane change after she hit a parked car in Syracuse, New York. Sharon Bidell’s case was unusual because she told officers that the 1965 Nova she was driving was ‘not my drinking car.” (Implying, it seems, that she does have a different vehicle she uses when she knows she’ll be DUI.)

The impact that DUI arrests can have on people’s lives is no laughing matter. California’s Vehicle Code 23152 (a), lays out some pretty stiff penalties for even a first time, misdemeanor DUI. A convicted DUI driver may have to pay up to $1,800 in fines, penalties and court costs, spend up to two days in jail and lose his/her license for six months.