When a Los Angeles DUI attorney takes on a new client, one of the most common concerns for this individual is how his or her arrest (and potential conviction) will impact their public reputation. For Senator Ben Hueso of San Diego, this will likely be a topic of conversation as he seeks legal defense for his recent DUI arrest. 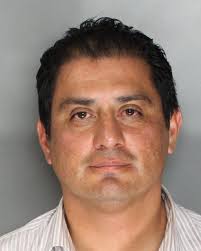 Senator Hueso’s arrest occurred around 2:30 a.m. on Friday, August 22, when an officer discovered him driving down a one-way street in the opposite direction. Although he noticed his error and made a quick U-turn to correct his direction, police pulled him over. When Hueso displayed signs of intoxication, the officer placed him under arrest.

Senator Hueso’s pending DUI charges highlight the many ways driving under the influence can go from bad to worse. Although drivers may believe they can make it home without incident, impaired judgment and motor function – combined with circumstances beyond their control – make venturing out after drinking a risky proposition.

In the state of California, DUI can bring misdemeanor or felony charges, depending on prior convictions and the severity of the offense. Penalties such as fines, jail time, and license suspensions are perpetuated when other circumstances intervene, such as:

•    Traffic violations. Running a stop sign or red light – or, in Senator Hueso’s case, driving in the wrong direction – draws attention to a DUI driver and adds to potential citations and sanctions.

•    Collisions. When a DUI driver hits another car or structure, the resulting injuries, death, or property damage often become his or her responsibility.

•    Public reputation. An individual arrested for or convicted of DUI frequently suffers diminished respect among the public; in some cases, a DUI conviction can lead to job loss.

If you currently face Los Angeles DUI charges with additional complications such as these, your need for a qualified DUI attorney is vital. Contact Kraut Law Group today to begin your defense.