When the police recently stopped you at a checkpoint or pulled you over on the freeway, you probably didn’t need a Los Angeles DUI attorney on hand to tell you to avoid saying obviously incriminating or stupid comments, such as “I only had 8 beers” or “my buddy left me at the bar — what was I supposed to do, walk home?” 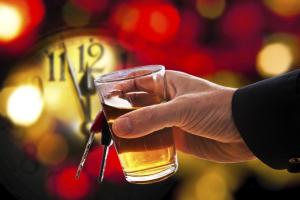 Not everyone shares your restraint and wisdom.

To wit, on January 1st, police pulled over New Jersey resident Daniel Pratts for nearly running into a police vehicle. When the cops approached the car, they allegedly smelled alcohol on Pratts’ breath. They say that he failed field sobriety tests, prompting his arrest. Pratts refused the breathalyzer and then reportedly made an astonishing statement to an officer: “It’s New Year’s Eve, everyone drives drunk.”

Okay, that’s not smart. But what IS the right strategy? What should you do if you’re pulled over, and you believe you might be intoxicated or buzzed?

Even though it’s hard, try to stay calm. Excessive anxiety about a possible DUI could just incite unhelpful behaviors or lead to dumb comments that can make the situation worse. Avoid exhibiting anger toward the officer. Stay silent as much as possible.

Refusing a breathalyzer may provide enough probable cause for an arrest, and that information can be used against you in court. In many states, including California, refusing a chemical test can likely result in license suspension. It’s important to note that you can refuse a breathalyzer without jeopardizing your license if you inform the officer that you will take a blood or other test at the station, which will be more reliable.

When you are released, the first thing you should do is contact a qualified attorney, who could potentially reduce the charges to reckless driving or fight for exoneration of all charges.

First-offense DUI cases that don’t involve recklessness or result in injuries are fairly common, although each case has its own important subtleties. Call a Los Angeles DUI lawyer with the Kraut Law Group today for a free consultation about your challenges.