GPS is usually a pretty handy tool for people to have when they’re driving—especially if they’ve imbibed enough alcohol to get them arrested for a DUI in Los Angeles. It’s a lot easier to have a device calling out the directions than to read them on a map when your brain is a little fuzzy. 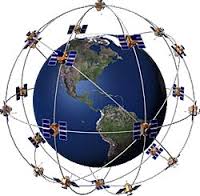 But there are times when GPS is less than helpful. Just ask Richard Schnee and Ardean Marie Smith about their experience in Upper Dublin, Pennsylvania.

Schnee, age 41, and Smith, age 44, are both out-of-towners who were trying to reach the Hilton Garden Inn in Fort Washington, Pennsylvania. Both were driving their own cars, with Schnee following Smith, who had supposedly programmed her GPS with the hotel address.

No one quite knows how Smith ended up leading Schnee to the Upper Dublin police station—and into an area that was restricted to cops only. The officers who challenged them soon realized that there was something more going on than an incorrect GSP route; they smelled alcohol on both drivers. Schnee and Smith failed the field sobriety test and ended up spending some time in the police station—charged with DUI—instead of at the hotel.

Upper Dublin police officers said they didn’t know why the pair had ended up at their station, but they were glad that it was so easy to get the pair of them off the road. One cop tweeted a photo with the caption: “GSP tells two DUI suspects to drive to police sally port. Same GPS tells @Upperdublinpd to lock them up. #OneSmartGPS!”