Occasionally, a DUI in Los Angeles and its surrounding areas impacts the local community in ways that have permanent ripple effects. Cases in which someone loses his or her life, in particular, can change the contours of families or entire communities. It’s cliché to say things like “a bad decision to drink or do drugs and drive can change someone’s life forever,” but it’s cliché because it’s very true. 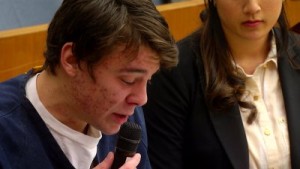 In a recent case, one young man changed his own fate and that of two passengers in a single-car DUI accident.

In San Diego, 20-year-old Antony Schoenle pleaded guilty to multiple criminal charges, including a charge of gross vehicular manslaughter while under the influence on Saturday, August 22. His decision to drive after drinking alcohol and using cocaine and marijuana allegedly led to the crash that killed his two of his passengers, Lupe Acosta and Lizzy Garcia. Schoenle escaped, but his two friends, still trapped in the vehicle, died in the resulting fire. A trapped puppy also died in the incident.

Firefighters arrived on the scene first, thinking they were responding to a brush fire, and then they saw the burning wreckage. When officers arrived and measured Schoenle’s BAC two hours after the incident, he was still legally intoxicated. The young man will spend 13 years in prison for his actions.

Under California Penal Code §191.5, regarding gross vehicular manslaughter while intoxicated, anyone who drinks or takes drugs and then causes the death of another human can be charged with a felony and serve significant time behind bars.

Schoenle’s admission of guilt under this statute means that he caused someone’s death while committing a crime (driving after drinking) with gross negligence. The gross negligence aspect of his sentence indicates Schoenle was acting in a manner above and beyond carelessness, and anyone else acting reasonably would have known that driving after drinking and taking drugs was dangerous. The sentencing of 13 years reflects the fact that two people died in the accident.