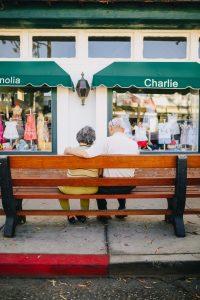 California’s laws regarding domestic violence are wide-reaching and very strict, with potentially severe consequences for those who are accused. But when the alleged victim/survivor is a senior citizen, an incident of violence may fold into other parts of the law, resulting in possible further charges and penalties. Let’s take a closer look at the issue of domestic violence involving seniors and what you might face if you are arrested on suspicion of violence against an elderly person.

A Look at the Numbers

Although violence against women certainly isn’t the only form of domestic violence, most cases do target women as the victim. That being said, statistically speaking, violence against the aged is almost as common as violence against women—so much so that most states (including California) recognize elder abuse as a separate category of crime. Here in the U.S., approximately one in five seniors will experience some form of abuse (compared to one in four women), the vast majority of which will never be reported. Among those cases of elder abuse, at least two-thirds of them are committed by a family member (e.g., a child or spouse). By these numbers, two-thirds of the incidents of elder abuse also technically classify as acts of domestic violence.

While there is definitely some overlap between elder abuse and domestic violence, there are some semantic differences between them. So let’s examine the differences so we can see more clearly where they overlap.

Domestic violence is essentially defined as an abusive act committed by a person against a spouse, relative, or other current or former member of their household. The majority of these crimes occur between current or former spouses or romantic/sexual partners (also known as intimate partner violence), but domestic violence can also include violent acts against children, sibling, aunts, uncles, nieces, nephews, grandparents, and even roommates—basically any member of the household, plus any ex-partners who might no longer live in the home.

Elder abuse is defined in California as an abusive act committed against someone who is age 65 or older. As with domestic violence, elder abuse encompasses numerous forms of abuse besides those that involve physical contact. Specifically, elder abuse can be:

The main difference between elder and domestic abuse is that elder abuse is classified solely by the age of the victim, while domestic abuse is defined by the relationship between the victim and the accused. There is obviously plenty of room for overlap—as mentioned earlier, the perpetrator in most elder abuse cases also happens to be a family member—but not all acts of elder abuse are considered domestic violence. Basically, any person who assaults or abuses a senior citizen, related or not, is committing elder abuse. That person could be a caregiver, a nursing home attendant, a stranger on the street, or even a scam artist who targets the elderly.

Will You Be Charged with Domestic Violence or Elder Abuse?

Having said all that, when there is overlap between domestic violence and elder abuse, prosecutors will usually look at several factors when deciding how to charge you, including the following:

What It Means for You

Domestic violence against senior citizens can be a legally complicated mess. For instance, if you have an unfortunate disagreement with an older family member that escalates out of control, that incident may now be entangled in the intersection between domestic violence and elder abuse, and you could be facing a variety of complex charges as a result. In such cases, it’s more essential than ever to have experienced legal counsel to guide you through the process and help you develop a strong defense. If you are facing domestic violence charges against an elderly person in southern California, we can help. Call our office today for a free case evaluation.