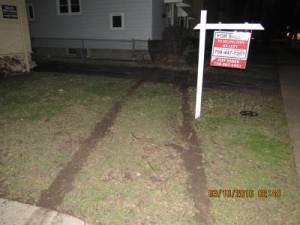 According to the Patch report, Whetter was so far gone that he couldn’t stand up when police ordered him out of the car. Not surprisingly, he failed sobriety tests (both at roadside and back at the police station). A breathalyzer test measured his blood alcohol content at 0.163, more than twice the legal limit.

Whetter faces a variety of charges after his erratic trip through the yards of Riverside. They include failure to reduce speed to avoid an accident, driving on the sidewalk, improper lane usage, driving on a license that expired more than a year before and possession of cannabis.

Press reports didn’t mention whether Whetter was also under the influence of cannabis when he was driving, but if he lived in California, it wouldn’t make any difference with respect to the charges he would face. Under California Vehicle Code 23152 (a), the punishments for DUI due to alcohol or to pot use are effectively he same.