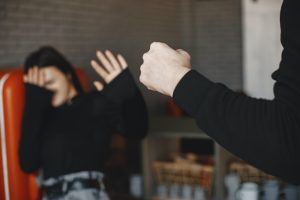 Why Do Adult Children Abuse Their Parents?

There are times when abuse perpetrated by an adult child may be charged in California as elder abuse rather than domestic violence. The State of California actually recognizes elder abuse as a separate crime from domestic violence, although there is some overlap between the two. While domestic violence encompasses mostly physical or emotional abuse occurring between intimate partners, elder abuse is a broad term that can refer to any type of harm inflicted upon someone over the age of 65 by a caregiver, family member, or another person in a position of power or authority. Elder abuse can also be financial, emotional, sexual, or even neglectful–not just physical abuse.

Does It Matter What You’re Charged With?

If you find yourself arrested on suspicion of physically or emotionally assaulting one of your parents, how you’re ultimately charged can have a huge impact on your case as well as the defense strategies your attorney may employ. While California tends to penalize both domestic violence and elder abuse more severely than other forms of assault, there are at least two important differences between the two crimes.

A domestic violence conviction often involves some measure of rehabilitation; elder abuse does not.

Domestic violence cases often encourage or require the defendant to attend anger management classes, receive therapy, or undergo rehab for substance abuse as a way of rehabilitating them. In many cases, these measures can occur as part of probation in lieu of jail time or as part of a lighter sentence. With elder abuse convictions, these options are fewer and less likely; you’ll more likely simply be sentenced to jail or prison.

The possible penalties for domestic violence are often less severe than those for elder abuse.

While both elder abuse and domestic violence may be charged as misdemeanors or felonies, most incidents of domestic violence are charged as misdemeanors unless the injuries are particularly severe or there are repeat instances to account for. On average, a conviction for first-time misdemeanor domestic violence results in probation and mandatory counseling, with a maximum sentence of one year in jail. (Felonies can result in up to 4 years in prison.) For elder abuse charges, it’s more likely that you’ll be charged with a felony, and almost certain that you’ll face harsher penalties. This is largely because victims of elder abuse are considered more fragile and vulnerable than intimate partners.

If you have been accused of committing violence against one or both of your older parents, the consequences of a conviction could be severe. You need experienced legal counsel to help you navigate the difficult road ahead and ensure your rights are protected. Call to schedule an appointment today.