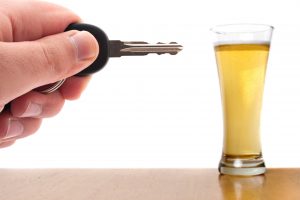 There’s obviously no crime in having a few drinks with friends—but we can generally tell which of our friends are safe to be around when it comes to alcohol. Sometimes you can set safeguards in place with a few personal boundaries—for instance, if your group doesn’t arrange for a taxi or designated driver, you can make those arrangements for yourself and just don’t get in the car with them when you leave the bar or party. Likewise, if you have the discipline, limit yourself to a certain number of drinks and take a cab home when you reach that limit—before the group starts getting out of hand.

That said, sometimes you have “friends” whom you know aren’t safe to be around—especially if you’re facing a substance abuse problem of your own—and you may need to avoid these people completely to protect your sobriety. Surrounding yourself with people of negative influence is one of the most common dumb ways to set yourself up for a DUI. Be honest with yourself and avoid situations where these people may affect your willpower.

2. Drinking When You’re Sick and/or on Medication

Alcohol and illness don’t mix well. When you’re under the weather, one of the silliest things you can tell yourself when deciding whether to go to that bar is, “Oh, it’s just a cold,” or “It’s just a sinus infection. Nothing serious.” Drinking while you’re sick or on medications can open up a myriad of complications, all of which make a DUI arrest much more likely (if you add “getting behind the wheel” to your list of dumb decisions for the night). Let’s explore a few reasons why it’s a bad idea:

• Your symptoms may affect your tolerance. You might think you know your “limit,” but a cold or infection can throw your sense of self-perception right out the window.
• Drinking increases your risk of dehydration. Fevers and alcohol share one thing in common: They both reduce the water content in your system. Mayo Clinic says ommon symptoms of dehydration include fatigue, dizziness and confusion, all of which can make you less safe behind the wheel and increase your chances of being pulled over.
• Alcohol interacts with other medications. Many medications include a clear warning on the package or bottle not to use them with alcohol. Many cold medications already contain alcohol, adding to your BAC level even before you take that first sip of wine. Even the antibiotic you take for a simple sinus infection may cause excessive drowsiness, dizziness and lightheadedness, according to Healthline. As for other medications and prescriptions, the possibilities of negative interactions are too many to count here—but almost all of them make you instantly unfit to drive.

Bottom line: If you’re not feeling well—even just a little—drinking can exacerbate the problem and make you more dangerous behind the wheel. Do yourself a favor: Just skip the night out and get some rest.

3. Partying Before an Important Event/Appointment

Sometimes the bad decisions we make have more to do with timing and context than the act of drinking itself. To illustrate, suppose a friend invites you to a party the night before you have to get up early for a business-related road trip—a situation where you feel you must drive your car. You don’t want to miss the party, so you tell yourself you’ll just have a couple of drinks. Of course, that’s not how most parties go. Perhaps you were smart enough not to drive to the party, so you take a cab home—but by 4:00 a.m., you’re hitting the road for your business trip before the alcohol has had a chance to leave your system. You realize you’ve had too much to drink, but you drive anyway because you feel you have no choice. Before you reach the city limits, you see the lights of the police car in your rearview mirror. (You know the rest.)

The mistake here wasn’t so much drinking as it was metaphorically “painting yourself into a corner”—putting yourself in a situation where you felt you had no good solution. In truth, you could have kept yourself out of that corner with a bit of advance planning—whether that meant making other travel arrangements, postponing your trip or just conveying your regrets to your friend that night. You can make room in your life for both business and pleasure—just sometimes not too close together.

All these potential pitfalls have a common thread: You can avoid them by simply looking ahead and avoiding them. Remember, every DUI arrest is preventable. Even if you wind up in an unfortunate situation, you never have to get behind the wheel if you’re impaired. Better to miss the appointment than to get arrested—or worse, hurt someone else or fail to make the appointment, ever.

If you have been arrested for DUI, we can help. Call our offices to learn more.